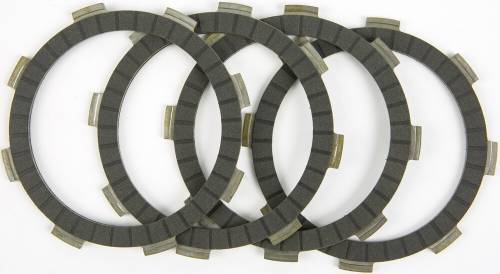 EBC plates will make your clutch have more feel and control making slippage a thing of the past (Well until you wear them out) it will last longer and give you better drive than your OEM plates.

Early DRC kits featured cork based clutch plates exactly the same as the original clutch in your bike when it was new, the new kits include a HEAVY DUTY clutch liner impregnated with carbon fibers that actually wear better & grips better.

Usually you don’t want to step up to the Clutch plates without the use of heavy duty springs as OEM springs get heat fatigued fast.
(Fast50s also offers Heavy Duty Springs for your XR / CRF100)